ReSEED Team Meeting at the University of Coimbra: practicing interdisciplinarity

Ten days of intense scientific discussions, putting into practice one of the core aspects of ReSEED research: different disciplines working together. This is a process that naturally happens internally once, at the moment, the project’s team is formed by backgrounds such as Social History, Economic History, Agrarian History, Biology, Botany and History of Science. However, in the last two weeks, it was also possible to meet researchers from other scientific fields at the University of Coimbra (UC). 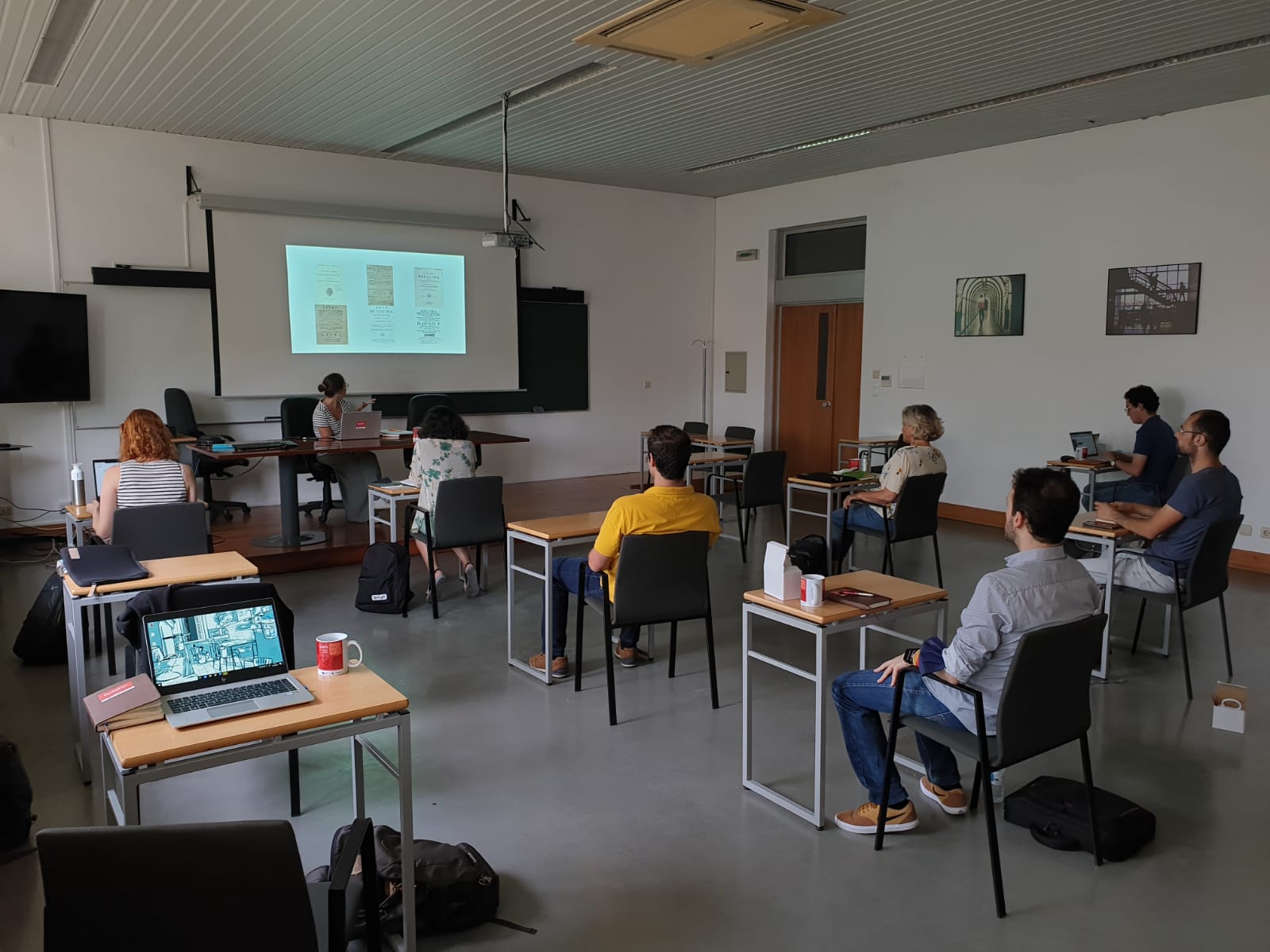 First part of the Team Meeting was dedicated to internal discussions about preliminary results.

The first part of the Team Meeting was dedicated to summarize questions and the preliminary results raised in the current macro level research phase, in which the challenge is to find out the best available historical sources about the seeds cultivated across the Iberian Peninsula since the 16th century. The findings were discussed in group, which facilitated the definition of the next research steps.

“The different perspectives are essential to refine the project’s framework, and better defining the methods and strategies for the coming months. For me, these were very enriching days”, remarked botanist and the newest member of ReSEED, Filipe Covelo. He also guided the team in a very fruitful visit to the Herbarium of the University of Coimbra, an important spot for plant research with 140 years of history and more than 800.000 specimens. 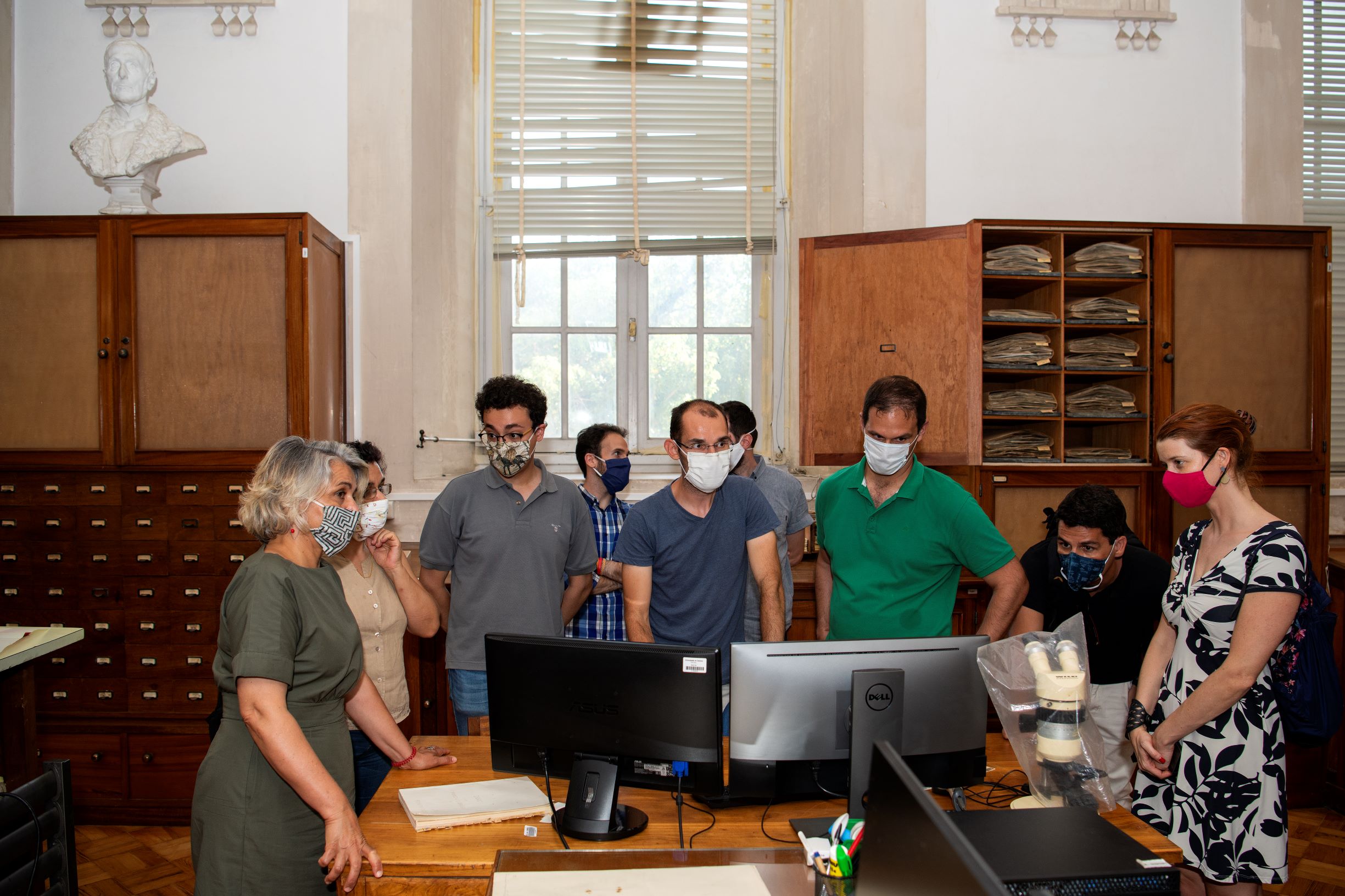 ReSEED Team visiting the Herbarium of the University of Coimbra.
Photo: Paulo Amaral/UC

Two workshops were also organised to put ReSEED Team in touch with other researchers and projects from UC. In the first one, João Loureiro and Joana Costa from the Centre for Functional Ecology presented the Cultivar Program. Its aim is to respond to the challenges faced by the agrofood sector in the Central Region of Portugal, namely to characterize, conserve and value the regional endogenous genetic resources in areas of low density. Cultivar and ReSEED have recognized some common questions. It was the beginning of an exchange of knowledge that is intended to be kept throughout both research journeys.

For the second workshop, researchers Ana Isabel Ribeiro and Pedro Carvalho (Faculty of Arts and Humanities – FLUC) were invited. Ribeiro helped clarify if and how some of the important Portuguese historical sources that she has been analysing for years, such as private archives and “tombos” (inventories), could bring useful information about cultivated plants. 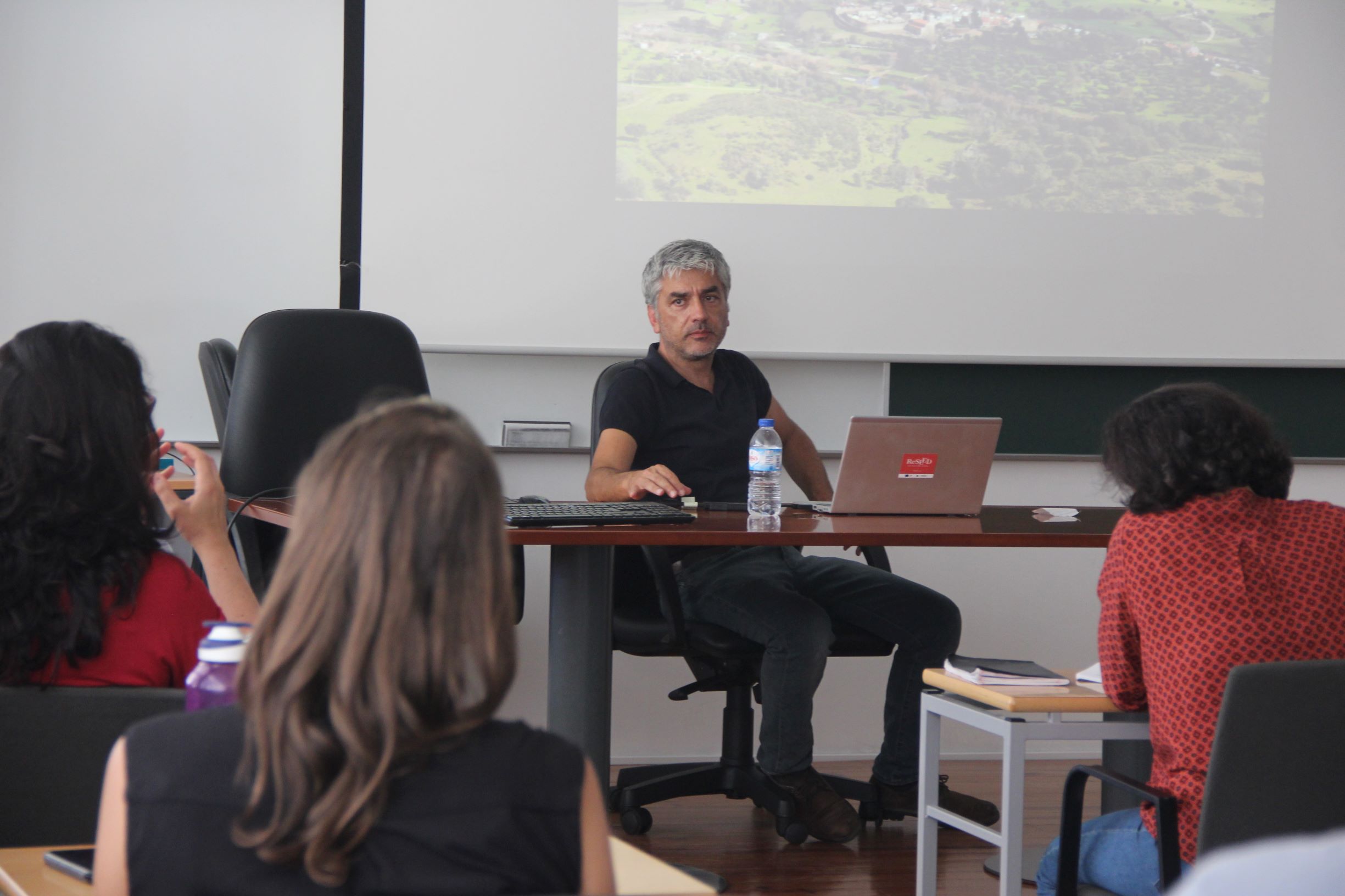 Pedro Carvalho presented the IGAEDIS project. It focuses on the village of “Idanha-a-Velha”, one of the most relevant Roman Empire archaeological sites in Portugal and aims to study the old city and its territory, including a dimension of heritage appreciation and social dissemination of knowledge. According to our team member Carlos Faísca, the type of analysis IGAEDIS implements could also be very interesting for ReSEED.

“As Pedro Carvalho explained, paleoenvironmental and archaeozoological analyses allow the identification of fauna and flora in a region and historical period for which it is hard to find written sources. An interdisciplinary approach like this one allows us the overcome of gaps in historical sources”.

Principal Investigator Dulce Freire considers the Team Meeting a milestone for ReSEED. “With a team spread over several locations in the Iberian Peninsula, a strategy for distance work was planned from the beginning of the project. The limitations imposed by the current pandemic  made this strategy even more pertinent. The team worked hard during the most difficult months of confinement, each closed in his home. This Team Meeting at UC was postponed several times, but we all felt it was indispensable, with all the recommended security measures. And the results obtained in these 10 days proved that we were right”.