From manuscript to the table: reinterpretations of 18th-century recipes

Hundreds of culinary recipes from the early 18th century and a question: how to cook them according to the current requirements for healthy, tasty and sustainable food?

To bring to the table recipes that were closed for 300 years in a manuscript: this was the challenge launched by the ReSEED Project to the students of the Master in Innovation in Science and Culinary Arts from the Estoril Higher Institute for Tourism and Hotel Studies (ESHTE).

The manuscript is called “Receitas dos milhores doces e de algũns guizados particullares e remedios de conhecida expiriencia que fes Francisco Borges Henriques para o uzo de sua caza”, respecting the original name of the book from 1715. Borges Henriques was possibly working at an aristocratic house based in the Portuguese capital, Lisbon, and kept in that manuscript several culinary recipes, as well as some remedies and other indications for domestic use. It shows how the kitchen was a central space in the house, where not only meals were made but also medicines. 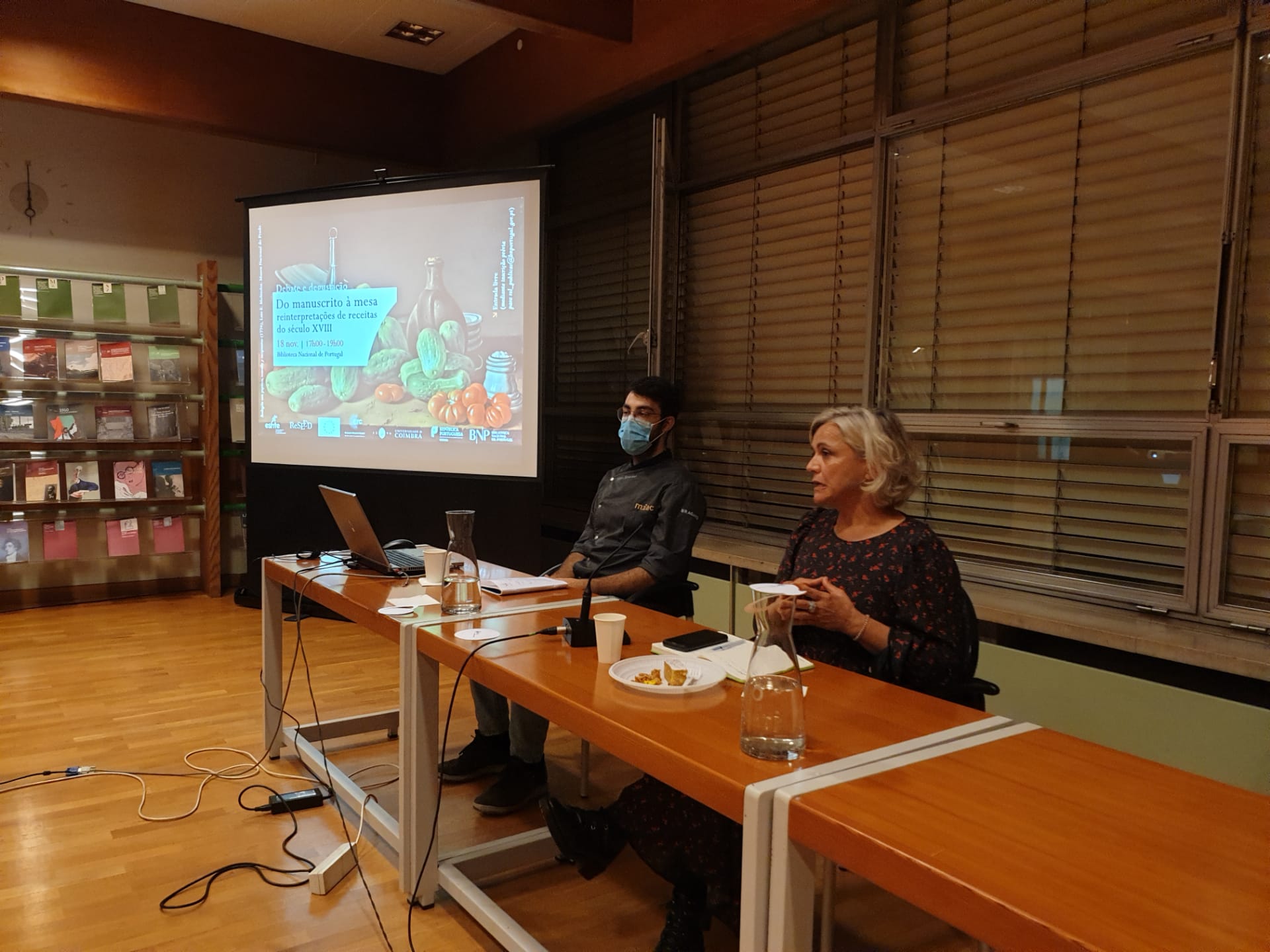 Nuno Severino and Dulce Freire in the debate and tasting that took place at the National Library of Portugal on November 18, 2020.

Ricardo Bonacho, Coordinator of the Master, explains: “It was a challenge, above all, to understand how we would bring recipes from the 18th century to the current moment. It is a very large timeframe that changes not only the ingredients themselves but also the techniques used in the cooking of these ingredients”.

The challenge was embraced by the students that reinterpreted dozens of the recipes. They had to deal with measures they didn´t know and sometimes with the lack of measures, also ingredients that no longer exist and others that are currently banned. Everything made the task even more interesting, according to the student Nuno Severino.

“A lot of the recipes that we have encountered were lost to the common people, simply because some ingredients became scarce or unappealing to the newer generations. Others, in change, were integrated on the Portuguese culture with minimal changes, to the point of enticing nostalgia among some of the cooks”.

Students of the Master in Innovation in Science and Culinary Arts working on the reinterpretation of the recipes from the manuscript in January 2020.

The experience from the partnership ReSEED & ESHTE was the subject of a debate followed by a tasting in the National Library of Portugal on November 18, 2020.

The ReSEED team transcribed the manuscript and is pleased to announce the start of the book’s pre-sale. The manuscript is published for the first time: an almost three-year task that also included the study of the author’s life and a thorough investigation of the recipes, the remedies and the relevance of this work in the history of the Portuguese cookbooks, medical books and pharmacology. The reinterpretations made by ESHTE students will also be published in an e-book shortly. 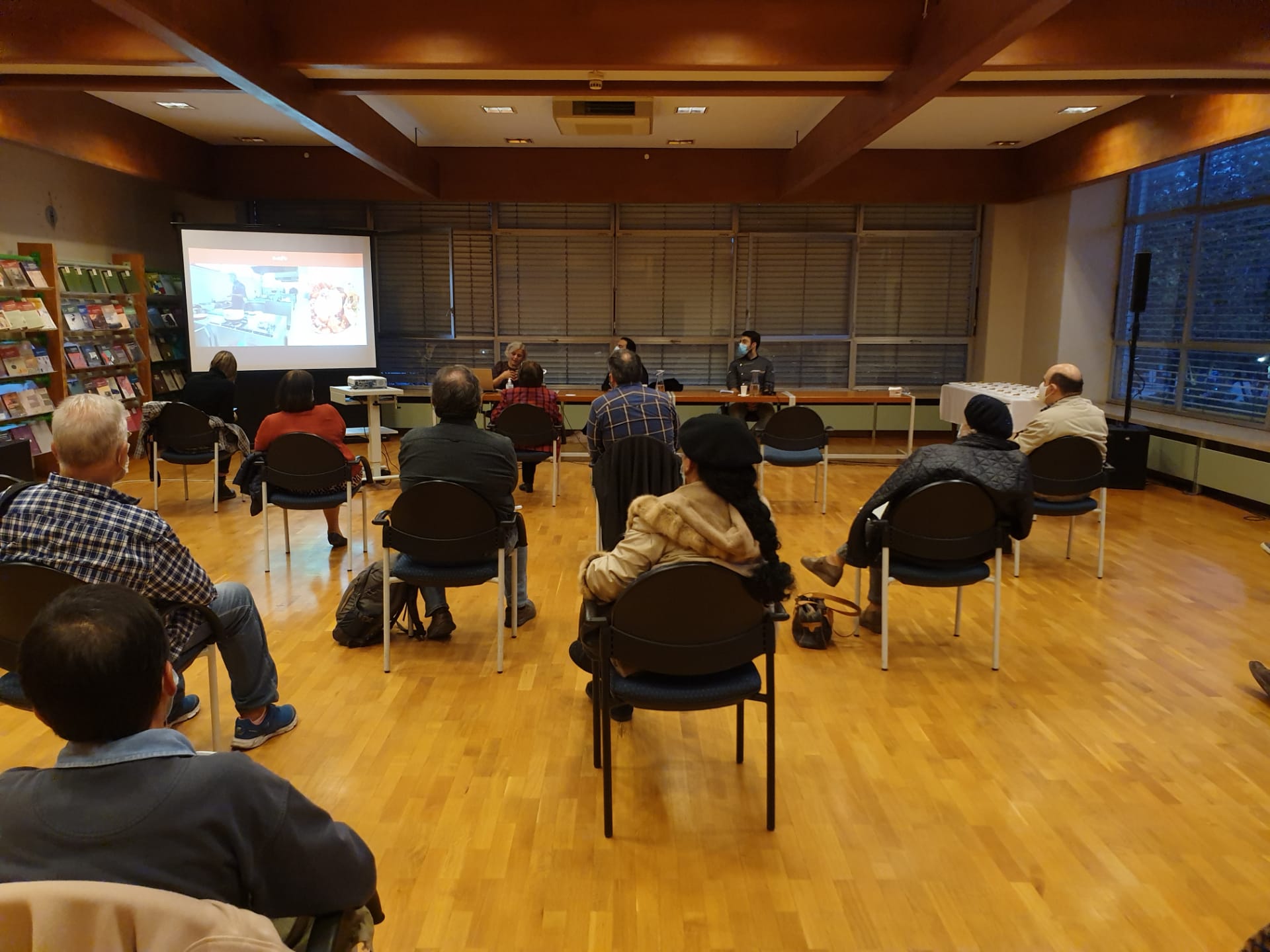 The debate and tasting that took place at the National Library of Portugal on November 18, 2020. Speakers (from the left): Dulce Freire, Ricardo Bonacho and Nuno Severino.

For the ReSEED team, this experience has been a laboratory, a possibility to check out in practice what the researchers are very used to seeing in the paper, in the historical sources, namely in the handwritten form. Following the student´s work for months led to important conclusions, as Principal Investigator Dulce Freire highlights:

“We learned common names for products that we didn’t know. We saw how new products are introduced in cooking, how the transition to include new and lesser-known ingredients was made, such as tomatoes, pepper and sweet potatoes. On the other hand, it is clear how the dominant products, such as turnip or chickpeas, were replaced by new ones such as beans or sweet potatoes”. 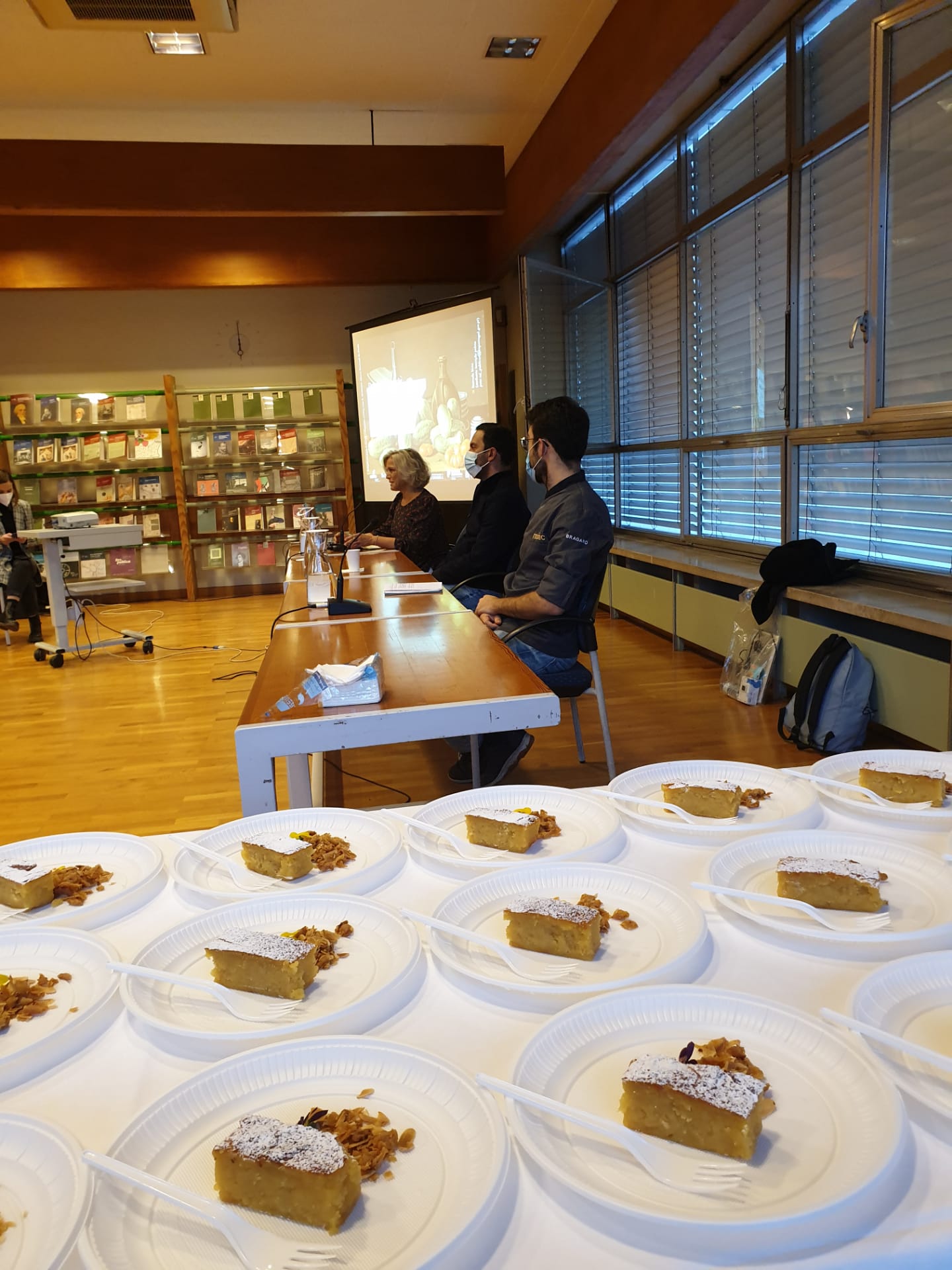 Nuno Severino’s reinterpretation of the “Manjar Real” ready to tasting after the debate.

Freire also explains that the study of the manuscript made it possible to perceive that some foods traditionally attributed to the convent environment, such as various sweets, also circulated in lay houses. Additionally, the analysis showed that some products that disappeared from Portuguese cuisine, such as eggplant and couscous, were still important in the early 18th century and were cooked in different ways. Another relevant conclusion is about the change in the way of making several dishes. The mix of salted and sweet food was common in dessert recipes.

One example is the “Manjar real”, cooked with chicken meat at that time. Nuno Severino reinterpreted it using the scraps of the animal, that usually go to waste, the skin and bones, giving the dessert a more pronounced flavour and improved texture, without abdicating the original idea. It was served in the tasting that took place at the National Library and, to use a food metaphor, was the cherry on the cake after a very fruitful debate.