According to estimates by the International Maize and Wheat Improvement Center (CIMMYT), only a few Mexican states rely almost completely on commercial seed companies providing hybrid maize. The rest of the area under maize cultivation in Mexico is still mainly planted with landraces, mixtures, and advanced generations of hybrids that have emerged out of local seed systems. This fact may seem unexpected, as it is often assumed that techno-scientific innovations necessarily win out over other possible alternatives (e.g., commercial hybrids over farmers’ seeds). Without denying the impact of those innovations, my work looks to highlight further explanations of both continuities and transformations of the agro-rural landscape and to bring to light other narratives.

Taking inspiration from Dipesh Chakrabarty’s idea of “provincializing Europe,” I seek to move beyond the epic narrative of the Green Revolution (GR) that emphasizes agricultural performance through modern technology, as Lídia Cabral, Poonam Pandey and Xu Xiuli notably pointed out. It is not only modernizers who have presented the spread of innovations as bound to have a global impact; even critical studies have often taken a similar perspective, focusing solely on the GR as a homogenizing force. To take a complementary perspective that is not exclusively focused on narratives of either the positive or the harmful impact of the GR, we need to move beyond totalizing representations of agricultural modernization as either triumph or disaster, as well as the reduction of farmers in the Global South to a role as “the dominated.” The idea of “provincializing” our approach means uncovering the agency and motivations of farmers, as well as those of all actors involved in such programs, including scientists. The aim is to unveil a broader panel of scientific options at stake and the difficulties encountered in the application of certain global approaches.

A useful example is provided by the Mexican Agricultural Program (MAP), a pioneering program established by the Rockefeller Foundation (RF) in 1943. The two decades of the MAP saw the construction of the particular model of international agricultural research that would go on to be named the “Green Revolution” in 1970. Mexican governments wanted to use agronomic science, and in particular plant improvement, as a tool to depoliticize agrarian reform in order to “modernize” the farming system through a science characterized as “modern” and “neutral.” In the 1940s hybrid maize was cutting-edge technology, and its development was spurred by the demands of the new Mexican agri-bureaucracy.

Elvin Stakman, a MAP team leader, in the 1950 Annual Meeting of MAP’s advisory committee, observed: “The Mexican program is significant far beyond the borders of Mexico. There is a possibility that the Western Hemisphere may become the world’s last refuge against communism, and it becomes of tremendous importance for the United States to demonstrate that the democratic system is capable of assisting backward peoples in raising their own standards of living”. Despite efforts to create an overarching narrative of US philanthropic technoscientific aid, the MAP was essentially rooted in epistemic heterogeneity and varied societal standpoints. The challenges posed by the selection of new maize varieties embodied the evident conflict between political and scientific expectations (both in Mexico and the USA) and the reality of the Mexican agroecosystems. 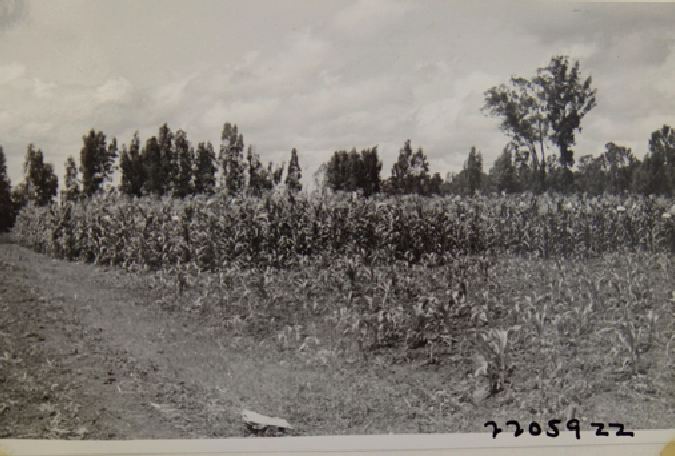 Figure 1 shows the results of two experiments conducted in 1958 by Rockefeller Foundation technicians: in the foreground, a hybrid variety from the United States, in very bad condition, and in the background a Mexican variety which is doing well. Contrary to what historians have sometimes suggested about the head of the maize program, Edwin Wellhausen, he tried to stress the importance of alternatives to hybrid methodologies. In August 15, 1952, as part of the Interviews of GWG (Rockefeller Foundation Archives), he said: “Ordinarily we had the corn in the United States made up of pure lines which had been inbred for seven generations or more […]. Ordinarily in the States, the hybrid corn drops about 15 to 30 per cent in yield in the second generation. Maximum yields are only attained in the first generation. We found that our hybrids, made up with first-generation self-lines, did not drop a great deal in advance generations, which meant that we could introduce the hybrid and let the farmer make his own synthetic variety […]. Why should we follow the methods that they have used and developed in the United States?” According to Wellhausen, the simplest method to improve maize in Mexico was to release varieties with conserved genetic variance and let then farmers select, making their own open-pollinated varieties. 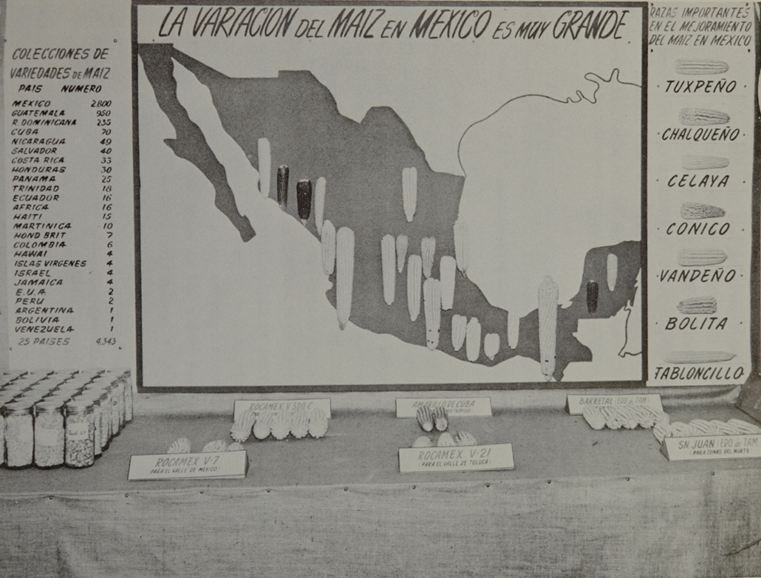 Despite these ideas, and attempts to tailor the selection for heterogeneous and difficult environments, most of the MAP’s efforts were ultimately concentrated in a set of regions classified as having “high agricultural potential,” located mainly in the center of Mexico. When the MAP ended in 1961 with the establishment of the CIMMYT, this tendency was reinforced, and the panel of varietal solutions and experimentations with local material remained very limited until recently. However, new hybrid varieties did not become widespread in many Mexican agricultural regions with difficult environmental conditions and heterogeneous social communities. Farmers in these regions continued to work with their own varieties and exchanged seed, and through their practices they maintained the evolutionary process at the core of maize diversity. 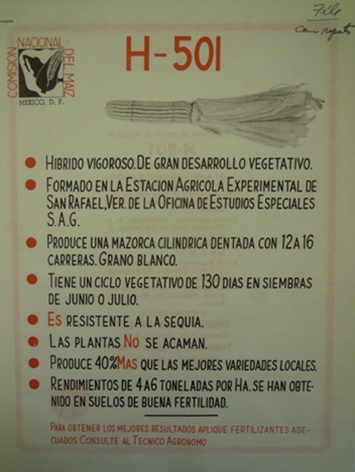 As shown by this short presentation of the Mexican case, we need to take into account the real impact of particular innovations within specific agroecosystems, rethinking the supposedly homogenizing imaginary of the Green Revolution. And many scholars have in fact highlighted how peasant agriculture, combined with the failure of the centralized breeding model, has been a central factor in the conservation and evolution of the diversity of Mexican varieties. In conclusion, “provincializing” the Green Revolution is not only about uncovering anomalies or “resistances” that escape the capitalist frame. It is, at the same time, an effort to identify continuities, hybridization, and the limits of Green Revolution narratives. This approach emphasizes the contradictions, and sometimes the failures, of innovation schemes, as well as the multiplicity of actors and the complexity of farmers’ choices.

*This post summarizes some of the ideas developed in Marianna Fenzi’s doctoral dissertation entitled “Provincializing” the Green Revolution: Knowledge, Politics, and Practices of Agricultural Biodiversity (1943-2017), EHESS2017

Marianna Fenzi is a Research Fellow at the Laboratory for the History of Science and Technology (LHST) at the École Polytechnique Fédérale de Lausanne, Switzerland. Combining archival research and sociohistorical analysis with field investigation, her research focuses on the history of international agricultural research, food systems and the Green Revolution. Her main interest is in farmers’ management of crop diversity and its relationship with scientific approaches, debates, and narratives around agricultural transformations across countries in both the global South and North.